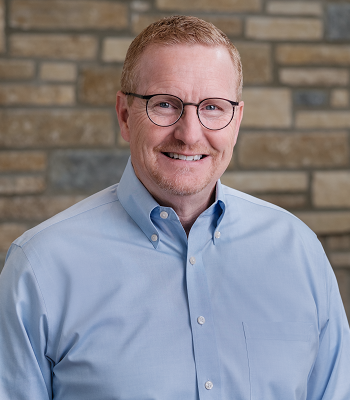 Stan Reeder was elected by the Board of General Superintendents to the position of USA/Canada Regional Director.

The Church of the Nazarene’s General Board ratified the election with an email vote coordinated by Gary W. Hartke, general secretary. Fili Chambo, jurisdictional general superintendent for USA/Canada, Carla Sunberg, secretary of the Board of General Superintendents, and Verne S Ward III, Global Missions director, prayerfully led the nomination and election process.

Reeder succeeds Robert Broadbooks, who is retiring after 12 years as regional director. Reeder will begin working with Broadbooks on 1 February 2021 and will assume his new position on 1 March 2021 after one month of orientation and training.

“Stan Reeder and his wife, Janet, are a blessing to the Church of the Nazarene,” Chambo said. “Throughout his ministry, Dr. Reeder has prioritized equipping believers to become missionally effective, faith-filled, and fully engaged in making Christlike disciples. We are confident that his passion for working with others to develop strategies and resources to respond to the needs of the church in Canada and the USA will benefit not only the USA/Canada Region but also the global Church. We look forward to partnering with them as Stan assumes this new role.”

Reeder, a citizen of both Canada and the United States, has pastored in both countries for more than 20 years. Most recently, he served as superintendent of the Oregon Pacific District, a position he held for 11 years.

“Stan has a passion and commitment to share the message of the gospel with those that are yet to hear,” Ward said. “Stan’s practice is to share his time, his heart, his experiences and resources to encourage and equip others to minister effectively.”

Reeder is the founder of the USA/Canada Region’s RAND Project, an 18-month vibrant church renewal program. He has also served on several Nazarene boards, including the District Superintendents Advisory Council, the Northwest Nazarene University Board of Trustees, and the Nazarene Theological Seminary Board of Trustees.

“It is with gratitude and excitement that Janet and I embark on this new journey,” Stan said. “Our deep love for the Lord and the people of the United States and Canada makes it a joy and honor to serve in this responsibility. We look forward to linking arms with you to see many lives transformed by the power of the good news of Jesus Christ.”

Reeder holds a Bachelor of Arts in history from the University of Manitoba, a Bachelor of Theology from Canadian Nazarene College (now Ambrose University), a Master of Divinity from McMaster University, and a Doctor of Ministry from Fuller Theological Seminary. He and his wife, Janet, have two adult sons and one granddaughter.